In January 2017, aerial photographs recorded the wildlife pond and surrounding ground area, thanks to Izon Aerial Imaging. This should help us to monitor how the vegetation changes in the coming years.

A virtual 3D model of the pond area can be visualised at this link. 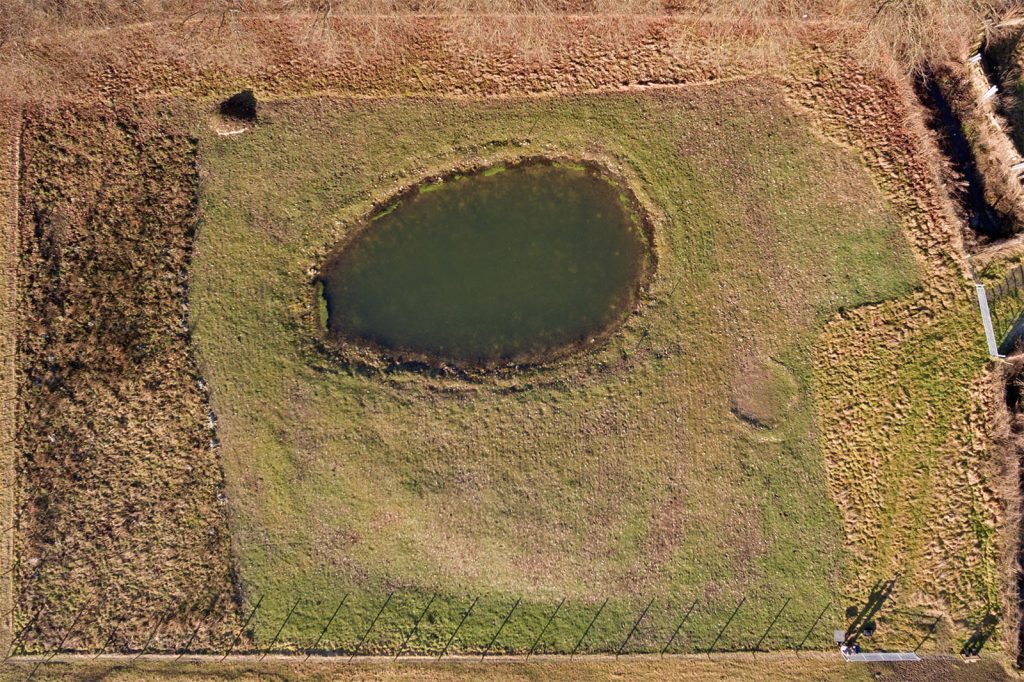 Areas were sown with seed mixtures for wet or chalky soils depending on ground conditions that were disturbed by digging the pond. A list of the species sown can be downloaded as a .pdf.  The tussocky grasses sown in April 2016 and the wildflower meadow seed sown in September 2016 germinated well, although weed seedlings such as thistles, nettles and docks also came up.

The pond surface was still frozen when this photo was taken at normal ground level. 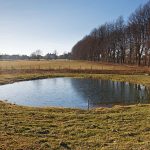 Thanks to the volunteers who helped to cultivate/weed the ground area and build the hibernaculum. This project was funded by developer contributions through  East Hampshire District Council and completed with the kind permission of Froyle Park Ltd.